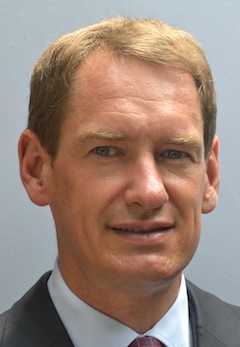 Andrew Moffat brings a unique background to the practice of commercial mediation.

His career has armed him with commercial, financial and governance experience which allows him to understand the fundamental issues underlying a dispute and then to engage constructively with the parties and their advisers.

After studying Law and Commerce at Melbourne University, Andrew spent fifteen years as an investment banker based in London, then six years as a senior commercial banker in Melbourne. This has given him exposure to a broad range of businesses, across different industries, sizes and geographies, and to the issues they face. He understands how they are financed, what risks they need to manage, and how decisions are made within and between businesses.

He has also managed large business units himself, and brings this insight to his discussion with disputants. Andrew’s CV, which can be downloaded via the link on this page, details his senior commercial and not-for-profit roles, including as Chair of Vision Australia.

Andrew established Constructive Accord and became an Accredited Mediator in 2012. He has already mediated almost one thousand disputes and been appointed to some of the most important mediation panels nationally and in Victoria and New South Wales. He is a Senior Fellow of the Melbourne Law School, teaching the Mediation subjects in the Melbourne JD and the Melbourne Law Masters.

Andrew is included in Doyle’s Guide to Leading Mediators (2018, 2019 and 2020) and received a 2013 LEADR Practitioner Award for Significant Contribution to ADR.